Want to start your weight loss journey right away.  Download our 'FREE 5 SECRETS' to Lose Weight without going to the Gym 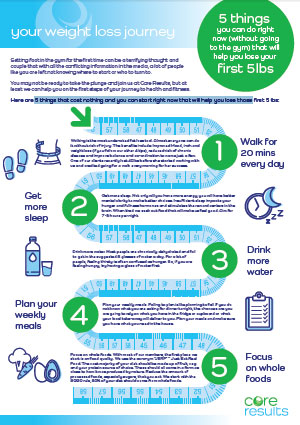 Enter your ​name and email below to Download Freebie Now!

This error message is only visible to WordPress admins 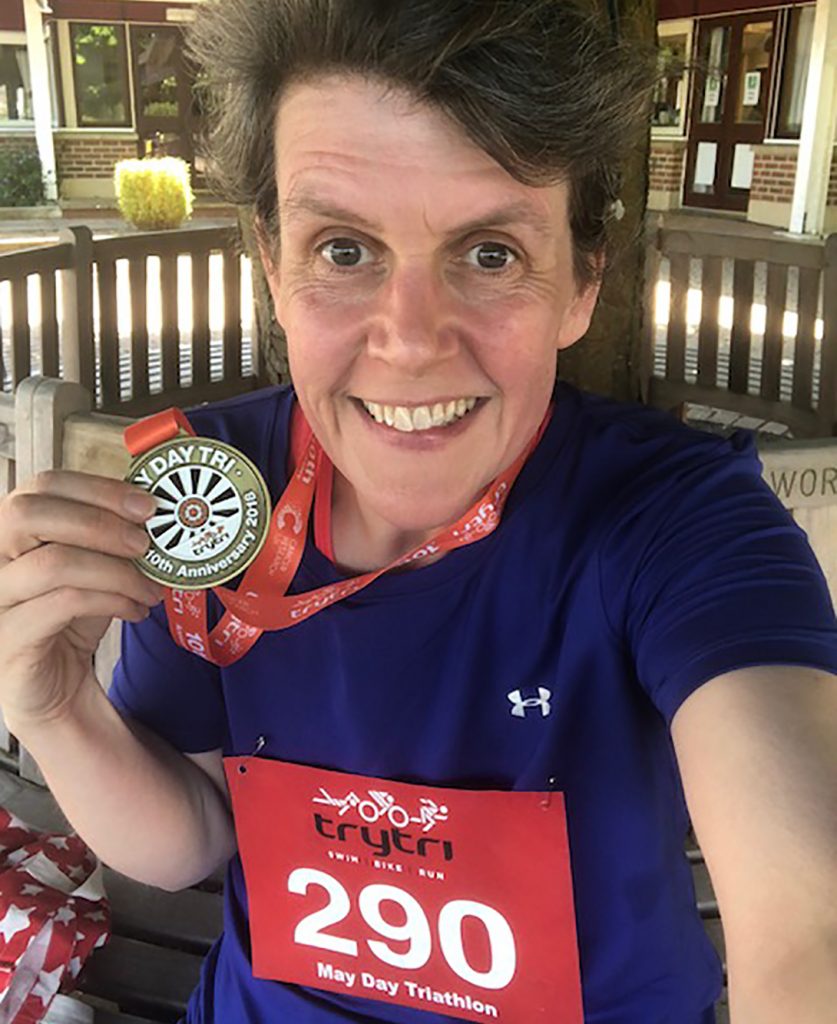 Since my 40th birthday five years ago, I’ve set myself yearly challenges. These have been varied and included learning to play the drums to get a new qualification, amongst other things. They are always challenging; they take time and a great deal of effort. This year when I thought about my challenge, I wasn’t sure what to do so I decided to pick something that seemed totally ridiculous. Bear in mind that at this point I was totally unfit; I didn’t do early mornings, I had a 20-year-old bike with a basket on the front, I didn’t walk anywhere (let alone run) and absolutely detested swimming – so what could be more of a challenge than a triathlon? The fact that I had knackered my knees (a result of last year’s challenge – but that’s another story) was a minor detail. Before I could change my mind, I’d Googled triathlons, found one and signed myself up. When I told my brother, he laughed hysterically. When I told my mum, there was a long, silent pause followed by a hesitant “are you sure?”. This was the start of my foray into fitness, and in finding Core Results.

I remember my first meeting with Core Results co-owner, Greg. I was sitting on a wonky stool that plummets like a broken lift whenever you sit on it and thinking ‘oh God, I’ve broken the seat and I’ve only just got here!’. But I was soon enough put at ease by Greg’s non-stop chatter and the team’s non-judgemental approach. The best thing about that initial meeting was leaving with a can-do attitude and knowing that there was a team of people that were going to be there to help me.

After a few sessions, I soon had a partner in crime in the shape of Hannah, who happened to train at the same time as me each week.  I now looked forward to my PT sessions knowing that I was going to a gym that had normal people, who were all friendly and encouraging, and of course, training alongside Hannah who always made me laugh. Paul at Core Results had his professionalism and knowledge frequently tested when my wonky knees made certain exercises difficult, and he was always able to suggest an alternative so that I didn’t miss out (although some things I would happily have missed out on!). Gradually I lost weight and got stronger. In the beginning, I couldn’t even lift the mixer out of the cupboard at home without hurting my arm, who would have thought eight months later I would be deadlifting 60kgs and doing bench presses?

I developed a love for training.

As the date got closer I started to think about the finer details which I hadn’t given any consideration to when I initially had my bright idea… such as, what do you actually wear when you do a triathlon? How do you change from a swimming kit into a cycling kit? Can you do a triathlon on an ancient bike with a basket on the front, and can I do the swim in breaststroke, without getting my hair wet? I never really did find out the answers, so just decided to give it a go with the bike I had, and to try and enjoy it.

All my time spent in the gym gave me confidence in myself. I knew I was stronger, lighter and fitter, but could I complete a triathlon? I was worried about turning up and being amongst super fit people and feeling like a fish out of water. To my utter amazement, it was a bit like going to Core Results. Everyone I met on the day was so friendly and the event was full of people of every age, shape and size you can imagine. I felt very normal! I completed the swim doing a breaststroke (without getting my hair wet), cycled the 20K on my ancient old bike (the basket was very practical for carrying water bottles and jelly babies), and plodded around the 5k run without stopping.  My knees held out and I completed it, and to my utter amazement, dare I say I really enjoyed it!

I came home feeling very pleased with myself, but also a little disappointed that my challenge of completing a triathlon was done. So in typical ‘me’ style, I decided one triathlon wasn’t enough. I told myself that I would complete ten in the next four months. I sat down, found nine more triathlons over the next four months and entered them all. The first four I completed on my old faithful basket bike, much to the amusement of friends, family and fellow competitors, but once I realised how much I enjoyed it I invested in a new bike. I still have old faithful; it’s my ‘comfy’ bike which I did the London to Brighton bike ride on, but my new bike is much lighter and more befitting of triathlons!

On Saturday I completed my 10th triathlon, still doing breaststroke but cycling a bit faster and plodding along happily for the 5k run. I would never in a million years have thought I could complete one triathlon, let alone ten! What made the difference was having people that believe in me, and that’s what the team at Core Results do – they believe, and you achieve. When I was worried about being on holiday and not having access to a gym, they helped me with exercises I could do at home and on holiday, and they gave me great nutrition advice when I was struggling with my weight. The whole team are fantastic.

Thanks, Paul, Greg, Emily and Matt. I couldn’t have done it all without your help!

The Benefits of Weight Training for Over 60s

S​ign Up for Free Coaching Session

​Please enter your name and email below to sign up